When A Body Is Cremated What Happens To The Coffin? 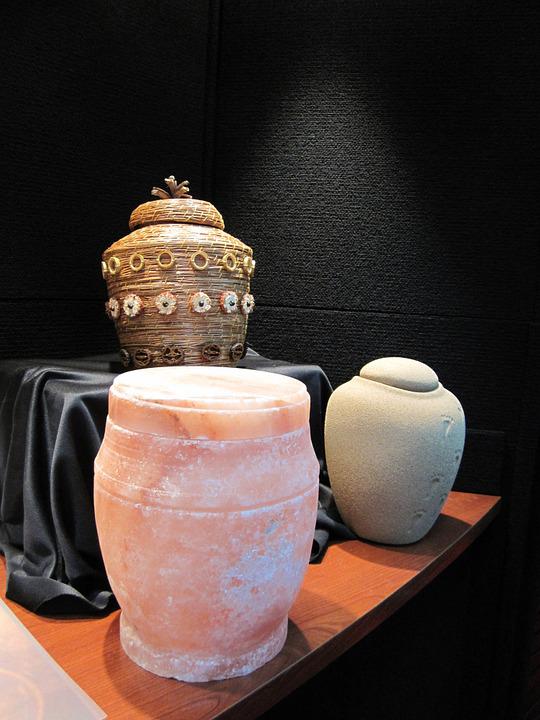 When putting down your intentions for after your death or preparing a memorial for a loved one. It can be extremely beneficial to have all of the pertinent information. The question of when a body is cremated what happens to the coffin and its contents throughout the procedure. One area that might be confusing.

This article will teach you more about cremation. So you can make informed decisions while planning your funeral or making preparations for a loved one.

When A Body Is Cremated What Happens To The Coffin?

Many people, understandably, do not consider what happens to the casket during a cremation. With sadness, distress, and a tough day ahead of them. The intricacies of the cremation procedure are understandably far from the minds of many mourners.

However, if you’ve ever wondered, “Does the coffin get burned during a cremation?” yes is almost probably the answer. The casket is almost always encased, sealed, and burnt with the person. When a body is burned, the incredibly high temperatures burn the coffin as well, regardless of the material.

A typical cremation in the United Kingdom looks like this. The coffin is carried inside the Crematory on the day of the funeral, followed by the person’s friends and family. Before the coffin is removed or covered from view, there is usually a brief religious or non-religious service. Some crematoriums may use somewhat different methods, such as extracting the coffin through a portal or lowering it out of sight.

The casket is taken to the ‘committal chamber’ once the service is completed and the mourners have departed the premises. It takes about 40-45 minutes to get from entering the crematorium to this point in the procedure.

Staff at the cremation double-check important facts including the person’s name. The coffin nameplate and records are examined for identity at this point, and the coffin is labeled.

Cremations are frequently performed right after the service, or on the same day. The coffin is placed in the cremator, which is a cubicle large enough to accommodate one standard-sized coffin. The cremation process might take up to three hours, following which the ashes are deposited on a cooling tray. The ashes are then reduced in size by a machine before being deposited in a vessel. After, it will delivered to the person’s relatives within a day or two.

Because of the cremation process, some people may opt for a different type of casket when planning their funeral. You can choose a plain wood coffin or even something simpler like cardboard or wicker. Depending on availability at local funeral establishments. Many funeral establishments now provide eco-coffins, which are manufactured entirely of biodegradable materials and do not contain any metal fixtures. Banana leaf, bamboo, seagrass, cane, and even wool are widely utilized in eco-friendly coffins.

Metal portions of the coffin and possibly certain pieces of jewelry worn by the person may be left behind at the end of the operation. Metal plates and steel hips from fake teeth, which were left behind after the cremation process, are also common sights among the ashes. Before the ashes are given over to the family, these will be removed.

What Can Be Placed In A Cremation Coffin?

The ability to place items in the casket with their deceased loved one can be quite soothing to grieving. This is a popular practice around the world. However, there are some restrictions in the UK about what can and cannot be placed inside a coffin before cremation.

Jewelry, soft toys and teddy bears, photos, wooden rosary beads, and other religious symbols are common items found in coffins. It’s important to keep in mind that jewelry is rarely recoverable after cremation. Even if they survive the procedure, they are likely to be severely damaged and will be recovered from the ashes using magnets, as well as metal screws and fittings from the coffin.

Clothes, shoes, and other objects made of treated vinyl, leather, or latex are prohibited from being placed in a casket for cremation. This is because the chemicals employed on these materials can emit potentially dangerous pollutants into the atmosphere when they are cremated. This does not preclude you from dressing your loved one in specific clothing for the funeral; however, those certain items will be removed and returned to you before cremation. Remember that these are only examples. It’s generally better to check with the organizing funeral director for clarification on what you can include.

Of course, no combustible materials can be placed inside a casket before cremation. This may seem self-evident, but many relatives prefer to give keepsakes like bottles of alcoholic spirits, such as a miniature of ouzo if the departed person enjoyed vacationing in Greece.

Is It Possible To Be Cremated Without A Coffin?

The only absolute requirement in the United Kingdom is that bodies must be covered in public. In theory, coffins aren’t required for cremation; a shroud or a coffin will suffice. However, even if it’s built of something as simple as wicker or cardboard, you’ll almost always need to be cremated in some form of the coffin. Because of how cremators are made, a body cannot be put in one on its own. Instead, it must be put in a solid container with a flat base. Several crematories will let you use a board, but others would rather you use a coffin.

What Makes You Think It’s The Proper Person?

Every funeral or cremation ritual has a point where the deceased person’s body is committed, which means it is brought to a separate chamber. This is when an official certifies that the nameplate on the casket matches the cremation order. Nothing can be removed from the coffin after the engagement has taken place. Once this test is completed, it’s difficult to change things up. A cremator can only hold one coffin at a time, and cremation can take anywhere from 90 minutes to 3 hours, depending on the size and age of the person.

Coffins are built to be fully destroyed during the cremation process. A corpse requires a lot of heat to be cremated–so much heat that it is usually little or no trace of the coffin in the ashes at the end. The ashes are, after all, bone bits. If you are worried about what will happen to the body of your loved one during or before cremation. You may be asked to come into the committal chamber as a witness. You might also find our explanation of what happens during a cremation. Helpful in gaining an understanding of how the procedure works.22