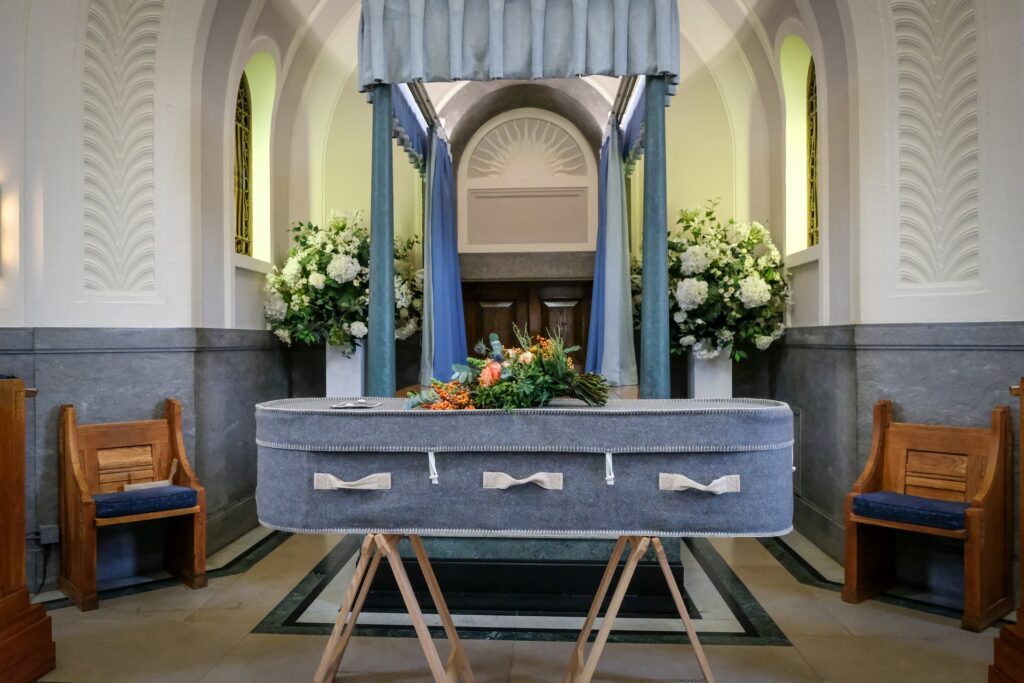 What will be the top 10 funeral songs in 2022? That is a question that many people are asking as we approach the end of 2021. Funeral music is an important part of the grieving process, and it can be difficult to choose the right song. In this blog post, we will take a look at some of the most popular funeral songs from the past few years and make predictions about what will be popular in 2022.

Losing a loved one is hard enough; planning a funeral can be daunting, especially if you’ve never done it. Finding funeral music might be difficult. Choosing the right music for a memorial can help make it memorable. Thus, we’ve collected a list of the most popular memorial songs for 2022 so you can choose one that speaks to you and your mourners.

Sinatra sang “My Way.” 1969 Paul Anka song. The song is about a man reflecting on his past choices. The song’s lyrics depict the speaker’s regret, defiance, and acceptance of his life.

Long a funeral song, “My Way” expresses the common feeling of looking back on one’s life with sadness and pride. Elvis Presley, Barbra Streisand, and Patsy Cline have all covered the song.

Amazing Grace is a well-known hymn. This 18th-century song has been covered by several musicians. Chris Tomlin recently sang it. This song is often played at funerals. The lyrics are hopeful, and the melody is inspiring.

Tomlin’s performance nails all these characteristics, making it a great funeral song. As a result, Amazing Grace is known for its emotional lyrics and gorgeous tune. This makes it a good funeral song since it can comfort the grieving.

3. Wind Beneath My Wings – Bette Midler

Jeff Silbar and Larry Henley wrote “Wind Beneath My Wings” Gary Morris released the song in 1983. Bette Midler’s 1988 cover made it a global hit.

With this, many other singers have covered the song, and it is now a common choice for funerals. The song’s lyrics convey thanks for someone’s love and support and soothe the mourning. The song’s hopeful and healing theme makes it a good funeral song. To those who are grieving for many years to come, “Wind Beneath My Wings” will remain a timeless classic.

4. I Will Always Love You – Whitney Houston

The song I Will Always Love You by Whitney Houston has become a popular funeral song in recent years. This may be because the lyrics offer a message of eternal love and devotion that can be comforting to those who are grieving the loss of a loved one.

The song also has a slow, peaceful melody that can help to create a calming atmosphere during a funeral service. Given its popularity and its ability to offer comfort and peace to those who are grieving, it’s no wonder that I Will Always Love You has become such a popular funeral song.

“Unforgettable” is a popular song written by Irving Gordon and first performed by Nat King Cole in 1951. The song has been covered by many artists, but Cole’s version is the best known. “Unforgettable” is a ballad with a slow, sentimental melody and lyrics that express the speaker’s longing for a lost love.

The song has often been used as a funeral song, as it conveys both the sorrow of loss and the hope of reunion after death. “Unforgettable” has become an enduring classic, loved for its beautiful lyrics and Coleman’s soulful performance. It is a fitting tribute to commemorate a life well-lived.

The Dance by Garth Brooks is a popular funeral song because of its message about living life to the fullest. The lyrics tell the story of a man looking back on his life and realizing that he has no regrets. He has lived life to the best of his ability and danced through all the ups and downs. The song is a reminder to live each day to the fullest because we never know when our time will come to an end. It is also a reminder that even though death is inevitable, life is still beautiful and worth living.

7. I Could Have Danced All Night – Marni Nixon

The song “I Could Have Danced All Night”, sung by Marni Nixon, is a popular funeral song. The lyrics are about a person who has died and how they could have danced all night if they had only known that they were going to die. The song is sad but also has a message of hope. The person who sang it at the funeral was amazing and the entire funeral was beautiful. Thus, the family of the deceased was very grateful for the music and for the way that it helped to memorialize their loved ones

8. Somewhere Over The Rainbow – Judy Garland

Given its universal appeal, it’s not surprising that Somewhere Over The Rainbow is often chosen as a funeral song. For many people, the lyrics evoke a sense of hope and possibility, offering comfort in times of sadness. Furthermore, the song’s gentle melody can help to soothe the soul and provide a moment of respite from grief. Whether you’re a fan of Judy Garland or simply looking for a beautifully crafted song to play at a funeral, Somewhere Over The Rainbow is an ideal choice.

One of the most popular funeral songs of all time is “My Heart Will Go On” by Celine Dion. The song was originally released in 1997 as the theme song for the film Titanic. The film’s story of love and loss resonated with many people, and the song became an instant classic.

In addition to its sentimental lyrics, the song’s slow, mellow tempo makes it perfect for a funeral setting. It is a reminder that even though our loved ones are gone, they will always remain in our hearts. For many people, “My Heart Will Go On” is the perfect way to say goodbye to a cherished friend or family member.

See You Again by Wiz Khalifa is a popular funeral song. The song is about loss and how to cope with it. Wiz Khalifa sings about how he will see his loved one again one day. The song is very emotional and can be very helpful for people who are grieving.

A fact about this, Wiz Khalifa has said that the song is about his friend, Paul Walker, who died in a car accident. The song has helped many people through their grief and has become a popular funeral song.

A funeral song is a great way to honor a loved one. When choosing a funeral song, consider the lyrics, melody, and overall tone. How will the song be utilized at the funeral? Others want the music played at the commitment or after the service. Funeral songs are not right or wrong. Choose a song that helps you and your family remember your loved one.